Over the past few decades, historians of science have paid much more attention to science after the Scientific Revolution than to science before it. To some extent, this reflects their preference for a science that subscribes to testable, objective, empirical, falsifiable standards. At the same time, the historical method that some leading historians of science have used in their studies, historical epistemology, has emphasized the contingency of these key scientific standards, and by extension, of the particular formations to which science was subject after the Scientific Revolution. With this emphasis on contingency, historical epistemology has created a space within which formations of science that do not subscribe to testable, objective, empirical, falsifiable standards can be included into the core curriculum of the history of science. Many such projects have successfully begun, especially for writing a global history of science. But I suggest that historical epistemology can do more than just create a space for inclusion. In my talk, I wish to illustrate an approach to historical epistemology that equalizes (rather than simply integrates) other formations of science through the case of Albert the Great, the exemplary scientist of the thirteenth century. In particular, I will focus on his understanding of scientia and experientia, and their relation to one another. 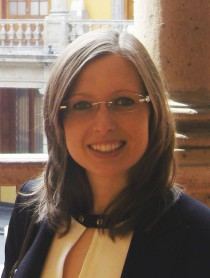 主讲人简介：Katja Krause is a historian of science and a philosopher specializing in medieval thought. After her PhD from King’s College London, she worked at the Max Planck Institute for the History of Science on the thirteenth-century empirical turn that arose from the appropriation of Averroes’s commentaries on Aristotle. She has taught at Durham University, UK, held a fellowship at the Harvard Divinity School, and is a professor at the Technische Universität Berlin. Krause leads the Max Planck Research Group “Experience in the Premodern Sciences of Soul & Body, ca. 800–1650.” Her most recent book publication is the translation and commentary Thomas Aquinas on Seeing God (Marquette University Press, 2020).